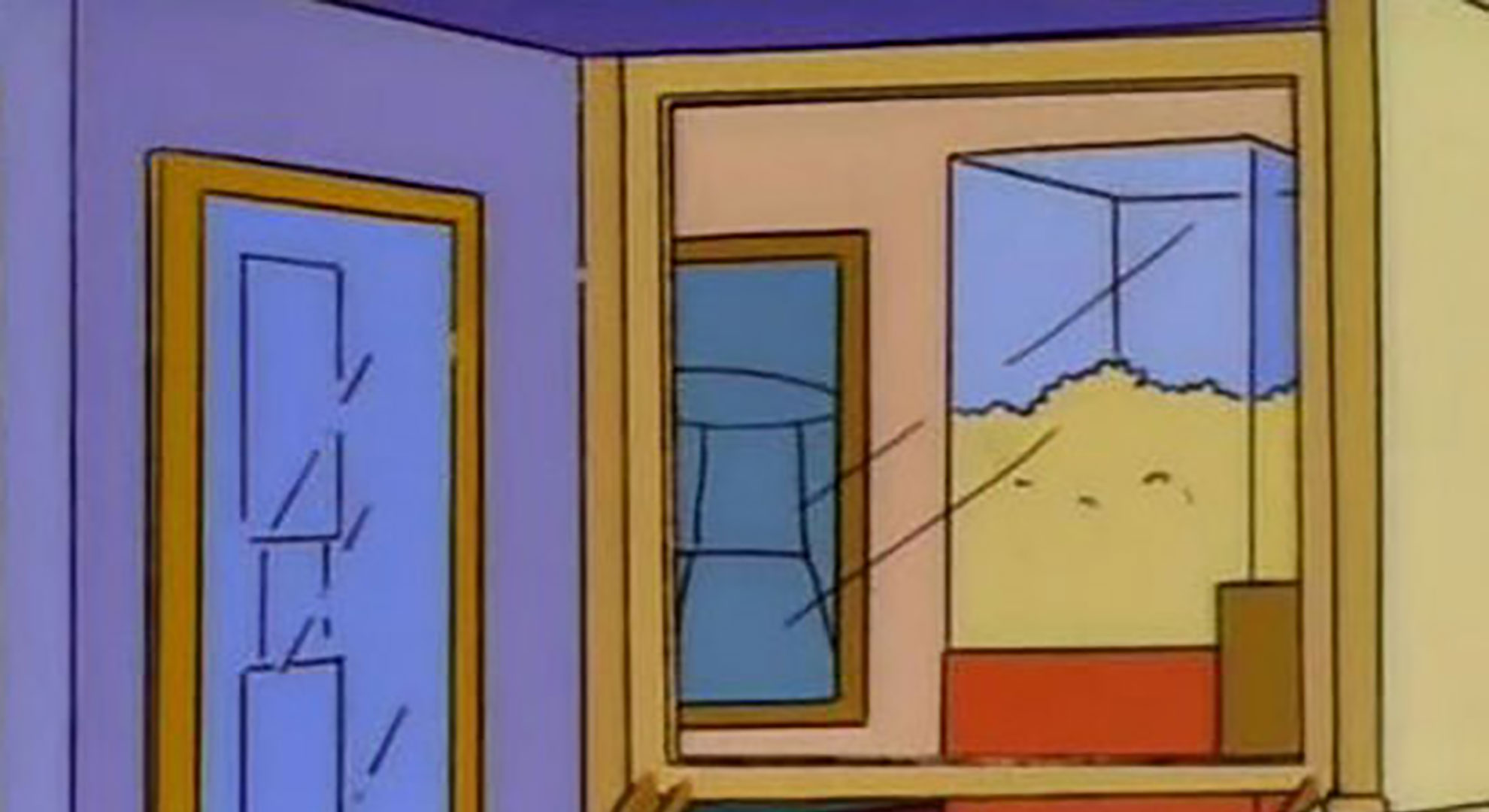 Visual Cues, Visual Culture, And The Ongoing Nostalgia Of The Simpsons

We are by nature, pattern recognition machines.

Sometimes all we need is colour and composition and we can tell exactly what something is saying.

A friend recently sent me this with no words, no introduction, just this, an image sitting there in my message box with no explanation. But none were needed.

Here, all we need is three colours and a general composition and we understand in an instant what it’s telling us. By presenting us an abstraction, our brains naturally try to ‘solve’ it, this makes us invest time and feel accomplished when we figure it out. It’s similar to the success of Milton Glaser’s ‘I Love New York’ graphic. By presenting you a letter, a symbol, and an abbreviation our brains decide it’s a puzzle and a puzzle that’s solved in an instant. It’s satisfying. But there’s added power to this particular Simpson’s abstraction and it revolves around something called a Shibboleth. Because the fact is, even though many may interpret it correctly, the power of its spread will be in the handful of people who it emotionally resonates with…

The Simpsons, now long since dead – or rather, hasn’t been good since its first eight season heyday in the 90’s – means something special to those it impacted. When we read the familiar order of colours and ‘solve’ the essential puzzle of the piece, it unravels only to a small audience where it will trigger an emotional response of what The Simpsons represented in their own life.

Anyone experiencing this same emotional resolve understands that the show is no longer what was but they firmly hold onto a nostalgic reverence for hours and hours of youth spent under the warm glow of televisions tubes and terrestrial broadcasting.

It’s this brand power that engages us to share socially, sharing a visual ‘problem’ and seeing who on our friends list ‘gets it’ or, ‘gets us’. It’s tribal, an act of coming together and communion, filtering through the people who understand the same emotional values as we do.

It’s the same sort of thing as this… It’s only those on the ‘inside’ who understand its relevance, but more importantly, the phenomenon only happens because the person wearing it finds the status of being an ‘insider’ desirable.

It isn’t the first time The Simpson have been used to generate feelings of blissful nostalgia. It was only in 2015 when the kind folks dabbling in the micro-genre of Vaporwave decided to mix the weird 80’s/90’s nostalgia-laden electronic music on top of short clips of affected 90’s Simpsons footage to the result of a short-lived craze that got people strangely compelled and hooked to for an entire weekend. It was of course called: Simpsonwave.

Now, we even have the popular Instagram, Scenic Simpsons, where an anonymous curator compiles short, non-specific stills from Simpsons’ episodes (season one to ten). Edward Hopper-esque in their silence and stillness, the cartoon frames allow us to enter into an illustrated world as a close inspector, pausing us to briefly live inside that feeling of innocence and wonder again…

The point is, stuff like this breaks us away from belonging to a meaningless and general population and places us into a more meaningful and smaller group. Simply by age, if you’re too old to understand what this pink, blue and brown mesh represent, you’re too old, and similarly, if you’re too young to engage any emotional attachment, you also don’t get to join the club. Because it’s not just communicating a popular 90’s TV show, it’s communicating culture, where we belong, where we come from, and who we are, these seemingly strange abstractions make the leap and become a clear and personal representation of ourselves.

I try my hardest to share the love with everyone I reference here – though sadly, I could not find the original artist who painted this Simpsons’ abstraction 🙁  If you know who or where this was originally posted, feel free to let me know at tom@tommyhagan.xyz.